'Original badge Cards' have been used since the prewar era to pin the badges onto ready for issuing out. They are mainly from the prewar period but some post-war badges are also known to have been issued on these cards. Two main types of card were used: the first is listed in the Guide as [F82b] and reads "The World's Best" whilst the second is [F83c] and says "Eat & Enjoy". A number of variations of both are known. One of the fonts of the "Eat & Enjoy" cards is listed as 'Old-style' font and is thought to be the earliest card of it's type. However, no equivalent "World's Best" card with a similar font has ever been found... until now!

We recently received reports of a new Original Badge Card from a leading collector after he purchased a selection of prewar badges. As this is thought to be the earliest 'World's Best" card we have taken the decision to place it as [F83-b1] and increase all the other numbers by one.  For full details and images see Section F Page 10b.

In addition, to this we are also pleased to publish a second 'Original Badge Card' which was found in the estate of a leading collector and is notable for the item which was still pinned to it. Not only is the card thought to be a prototype, but the item pinned to it is almost certainly a one-off Golly prototype design. This is shown in the the notes section on Page 10 Section F. Enjoy!

To get access to this material and tens of thousands of other genuine Robertsons Golly items, all in full colour by subscribing to the Golly Guide. See www.gollychecklist.co.uk/shop

---
Shown below is a selection of the 'Original Badge Cards' on pg10b Section F: 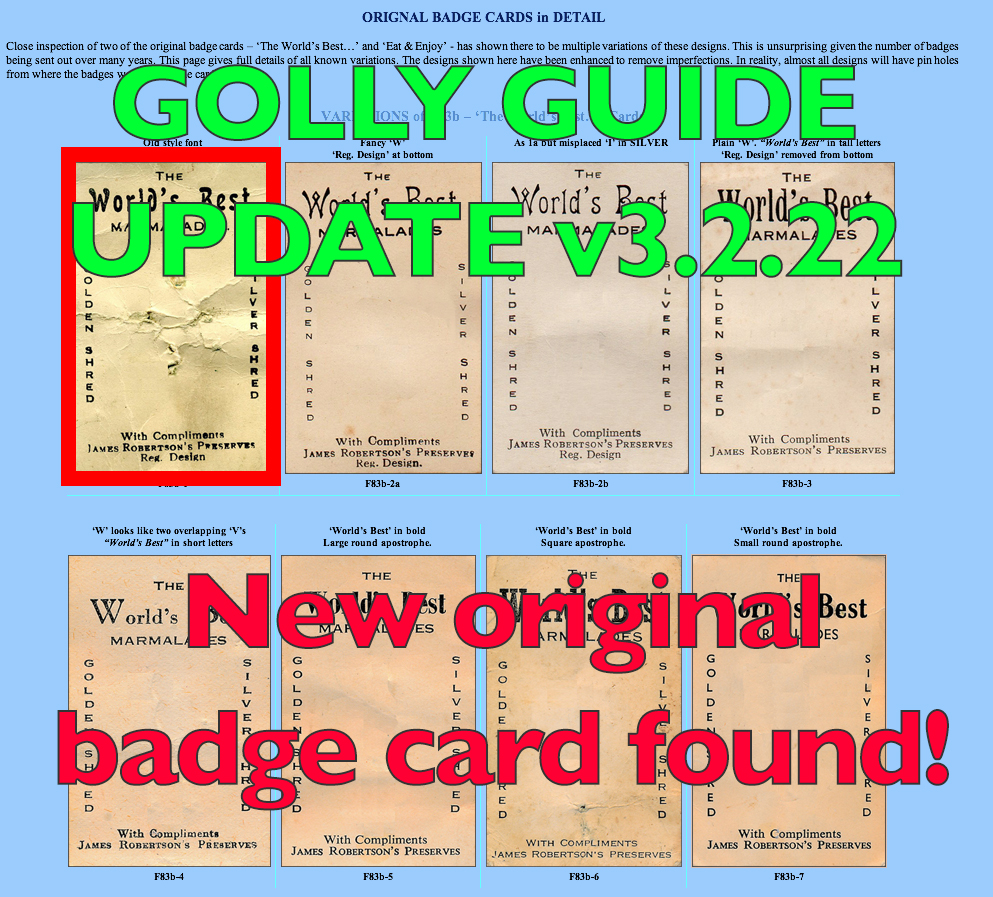